All info for Spiders & Night Viper at So&So 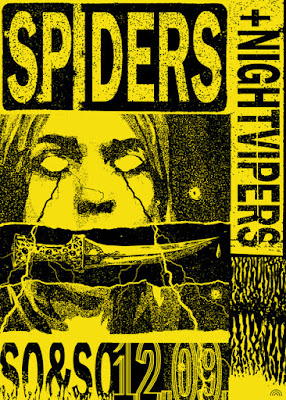 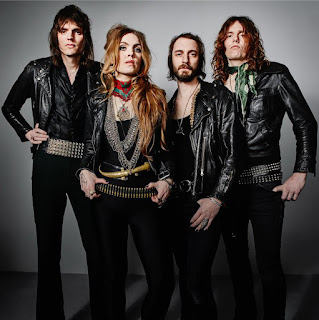 Spiders weave a wild web of reckless and rip-roaring riffs, spellbinding vocals, seductive rhythms, sticky hooks, and punk soul. The quartet—Ann-Sofie Hoyles [vocals], John Hoyles [guitar], Olle Griphammar [bass], and Ricard Harryson [drums]—crawled out of their native Gothenburg, Sweden rocking leather and turned up to eleven with the 2012 full length-debut Flash Point. Between a marathon of shows, they unleashed 2014’s Shake Electric powered by the title track. A marathon of touring followed as they ignited audiences alongside everyone from Kvelertak and Uncle Acid & The Deadbeats to Graveyard and Metallica. Now, Spiders’ 2018 third offering, Killer Machine, sees them tread new territory once again, while preserving their sonic signatures… “If Alice Cooper got married to Stevie Nicks, their child would be Killer Machine,” smiles AnnSofie. 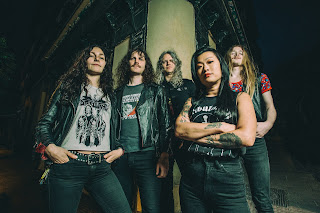 Since the first whispers heard in 2014, the name of Gothenburg's NIGHT VIPER has only gotten louder and louder. Thanks to a blistering debut album on Svart Records and a reputation as one of the most energetic, exciting and downright headbangable live bands around, Night Viper is now a must-see band for all metalheads. Their combination of intense early Metallica-style riffing, organic sound, and extremely catchy melodies has resulted in supremely memorable songs that set them far apart from your average metal band.