Woman is the Earth
- Sickmangettingsick -

Tunes by B3000 aka Kirmes Kühr 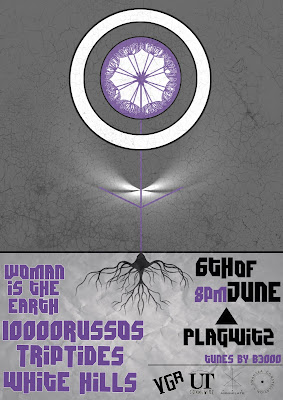 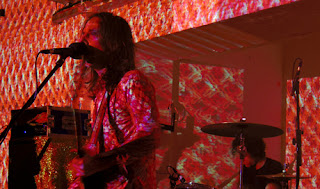 White Hills
“A staple on the touring circuit where their explosive fusion of psychedelic, space rock, post-punk, krautrock, and ambient experimentation makes their performances feel less like traditional rock shows and more like full body and mind experiences.” - She Shreds Magazine 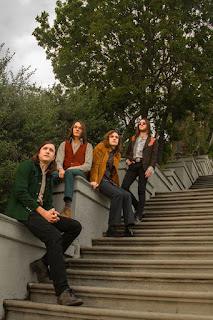 Triptides
Triptides is a sun-warped psychedelic group from Los Angeles, California.
Triptides began as a bedroom project, with Glenn Brigman (guitar/vocals) and Josh Menashe (guitar/vocals) swapping ideas. Since then the band has grown, shifted and evolved, taking on a life of its own in the process. Their first records were full of lush beach-pop psychedelia, while on their last album Triptides slice together garage-punk, elements of psych and 60s West Coast pop.
The band played Manchester Psych Fest and some shows in the UK in May 2016 and in 2014 they played 'Rock in Rio' in Lisboa, Portugal sharing the bill with The Rolling Stones, Queens of the Stone Age, and many others. In the Fall of 2016, Triptides joined British psychedelic group Temples on the West Coast leg of their US tour. Their new record Afterglow will be dropping early next year on Requiem Pour Un Twister. 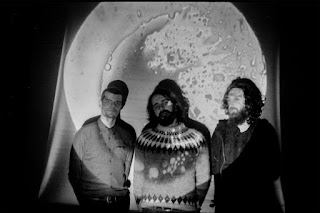 10000 Russos
One of the biggest surprises of the new psych scene were a band from the outskirts of Europe.
Compromising elements of savage repetition rituals who can take NEU! and Suicide in equal mesaruments are knows for non stop shows who can lead people to a spiritual trance.
They are 10 000 Russos and they hail from Porto, Portugal
The idea is not being a rock band, the idea is to kill that idea and do songs that take elements of rock n roll, give them a total desconstruction and create something really new. Something that goes fighting any idea of what a band should be: the drones of the bass embrace you, the guitar makes sonic landscapes and refuses the riff, the drummer goes motorik and he is also the singer. There is no bullshit talk between songs.
Signed to Fuzz Club Records and with the first record being sold out in the first edition in just one month. More than 87 shows around 3 european tours in one single year. Presence in the biggest festivals of the scene like Liverpool Psych Fest, Eindhoven Psych Lab, Berlin Desertfest, Copenhagen Psych Fest and Fuzz Club Fest London.
They also featured in terms of records in a split 10 inch single with The Oscillation via Fuzz Club Records, on the compilation of Liverpool Psych Fest and on the remarkable compilation Reverb Conspiracy vol 4.
Also a box containing a live video of the band playing 4 songs at Lovebuzz Studio in South London its gonna be available on Fuzz Club from 22 of January of 2017 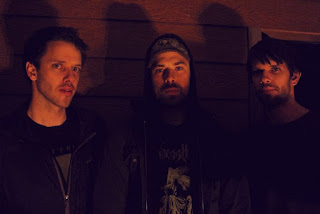 Woman is the Earth
Black Hills based metal band, Woman is the Earth, has been carving out their own distinct take on a sub-genre that has seen a recent rise of interest. The band’s 2007 origins found the group as a more thrash leaning outfit in it’s infancy. With a decided desire for a change in direction, the band has chiseled out it’s own unique take on black metal, releasing an early EP followed by three full length offerings over the course of the bands now 10 years together. All Black Hills natives, brothers Andy (guitars) and Jon Martin (drums) are joined by Jarrod Hattervig (drums), and over the years have built a following seeded locally, eventually evolving to a now-international interest.