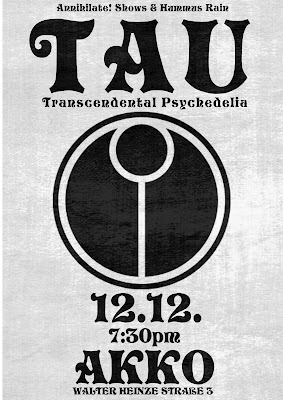 The stories of myth tell us that the desert is a place of transformation where the physical emptiness of the landscape creates a potent space for connecting with the invisible and intangible forces of the numinous. History is full of seekers, artists, mystics and musicians who have travelled to the desert to enter into such an experience.

It was after being lead on a pilgrimage through “Wirikuta”, the sacred desert of the Wixarika, native to the land the land of north west Mexico that Dublin-born Berlin resident Nunutzi was inspired to form Tau, meaning Father Sun. A shifting and fluid collaborative project with Nunutzi at the helm along with partner-in-sound, Venezuelan-born Gerald Pasqualin, the result is Tau’s debut album released through Fuzz Club on Sept 9th.

TAU TAU TAU is a wild archaic scream from the heart, woven from a seamless thread of prayers, chants, psychedelic invocations, and as Nunutzi

says “songs of praise” in English, Spanish and Gaelic, shaken through pre-hispanic drums, bells, shakers, synths and acoustic guitar played “through an amp with a very shitty pick up that gives a weird sound.” 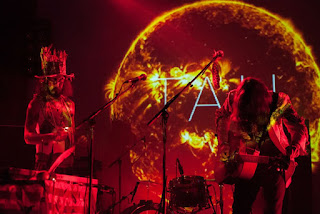