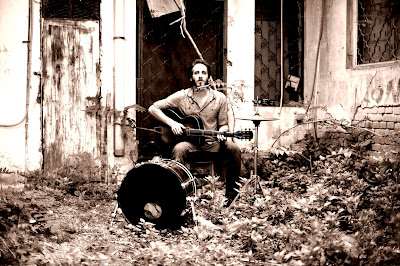 Dorchin’s debut LP “One Man Band”, released independently in 2014, is a solo, live in the studio recording. His 2nd LP “So The Story Goes” will be officially released by Chompi Records on the 1st of April 2017, featuring a full band production, and will be distributed worldwide.

Dorchin has been touring Europe in 2015-2016, with highlights including a show at Fusion Festival, supporting Patti Smith at Hohentwiel Festival, and playing Eutin Blues Festival 2016. He will be touring Europe throughout spring-summer 2017.