We are so happy to announce the confirmation of the band Gnoomes at our Annihilate Gathering in October!!!!! 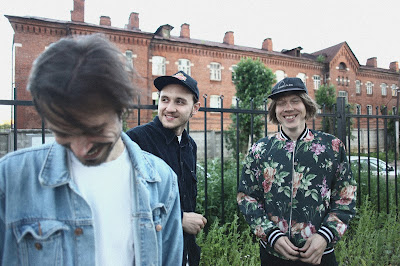 Gnoomes started in February of 2014. The members
are Alex, Pavel and Dmitriy. Gnoomes initially didn’t
want to tie band's music to existing tags and made
their own - stargaze. Stargaze is like a human state,
when you’re lying on the grass with your friends, telling
funny stories, and watching shooting stars. Gnoomes
sound was formed according to this condition. For a
short time, Gnoomes produced romantic EP «It’s
moonbow-time, boy», make several videos and had a
mini-tour over the European part of Russia. Gnoomes
first LP "Ngan!" will release via Rocket Recordings (UK)
on 16 October.